The Autism Legal Resource Center is a national law and consulting firm serving health care providers, associations and families and individuals with autism seeking assistance with insurance and Medicaid-funded services and related business and professional issues.

About the Autism Legal Resource Center

Dan began his autism advocacy working with his wife Lorri in securing cutting-edge legislation in 2007 mandating insurance coverage for autism treatments in SC. In 2008, Dan and Lorri were named “Parents of the Year” by the Autism Society of America. Before beginning full-time autism advocacy, Dan was the Director of Litigation for South Carolina Legal Services, a 10-office, statewide legal aid program. He has served as an adjunct professor in Legal Writing and Advocacy at George Washington University Law School and the Charleston School of Law, and as an instructor at the Justice Department’s National Advocacy Center.

In 2011, Dan received the SC Lawyers Weekly Leadership in Law Award. Dan is co-author of the law school casebook “Autism and the Law,” and has presented on legal topics pertaining to autism at numerous conferences and trainings including the National Legal Aid and Defenders Association, the Autism Society of America, the Autism Law Summit, the Association of Professional Behavior Analysts, and the Council on Autism Services. Dan graduated from Carleton College & Northwestern School of Law, and previously practiced with law firms in Boston, Washington, D.C. & Charleston, SC, as well as the Civil Division of the U.S. Department of Justice. 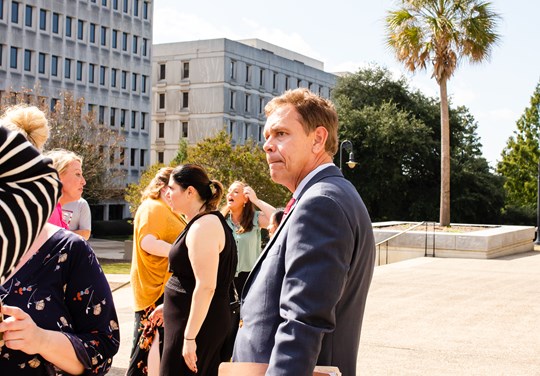